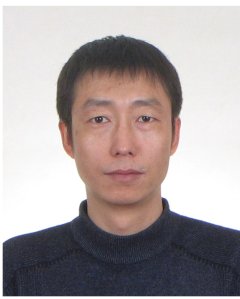 I was born in Shenyang, China. I got Bachelor of Science in Electronics from the Jilin University in 1993, and my PhD degree in Computer Software and Theory in 2006 at the Northeastern University. From May 2009 to August 2009, May 2012 to August 2012, I had worked respectively as a Senior Research Assistant and Research Fellow to the Centre for Chaos and Complex Networks, Department of Electronic Engineering, City University of Hong Kong.

My research interests have focused on Multimedia Security, Video Coding, Digital Chaotic Cipher, Complex Networks, Software Testing, Software Refactoring and Software Architecture. Since year 2000, I have published more than 90 scientific papers in research journals and conference proceedings as an author or co-author, mainly in applications of chaos and fractals, multimedia security, usable security and chaotic cryptography. I am a holder of 7 patents and 4 publicity patent in China.

In the international arena, I am serving as an Associate Editor for the INTERNATIONAL JOURNAL OF BIFURCATION AND CHAOS. In addition, I was a Leader Guest Editor for the MATHEMATICAL PROBLEMS IN ENGINEERING in 2013, Guest Editor for the ENTROPY in 2014 and Guest Editor for the JOURNAL OF APPLIED ANALYSIS AND COMPUTATION in both 2014 and 2015. As well as, I had served in many international conferences in different roles, such as such as the Associate Chair for the 7th IWCFTA in 2014, the Program Committee Chair for the 4th IWCFTA in 2010, the Chair of Best Paper Award Committee of the 9th INTERNATIONAL CONFERENCE FOR YOUNG COMPUTER SCIENTISTS in 2008, and Program committee member for the 3rd - 9th IWCFTA and the 5th ASIA PACIFIC WORKSHOP ON CHAOS CONTROL AND SYNCHRONIZATION.