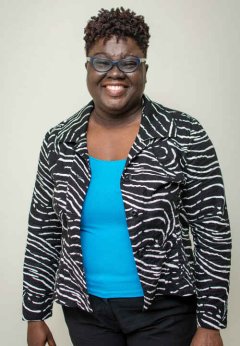 Bio: Dr. Mechelle Gittens obtained PhD and MSc. degrees in Computer Science (CS) from Western University, Canada and her BSc. (CS) from The University of the West Indies, Cave Hill Campus (UWICHC) in Barbados. She is a Senior Lecturer (CS) at UWICHC and Adjunct Research Professor (CS) at Western. She was also a Lecturer at the University of Waterloo and at that time she served as the campus representative for MentorNet, a portal for upcoming Computer Science female students and professionals to engage in mentoring. Her research topics include mobile applications for the management of non-communicable diseases and personal efficiency including resource monitoring, systems for the distribution of healthy food to consumers, IoT, and Software Quality. She has a patent in software quality with IBM, and has published and spoken at several international forums, and organized conferences, workshops and tutorials including several at IBM CASCON. She served as program committee member for international peer reviewed conferences including HASE 2014, 2015 and 2016 and ISSRE 2011. Mechelle Gittens is one of the leads of the Life Style Management Technologies Research Group at UWI - Cave Hill. Further details of her research can be viewed at: http://dblp.uni-trier.de/pers/hd/g/Gittens:Mechelle.