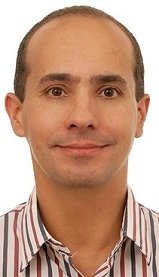 Carlos Henrique Cabral Duarte has more than 25 years of professional experience in engineering, finance and management, teaching and research, entirely devoted to the theory and practice of information and software technologies. He is a senior member of technical staff at the Brazilian Development Bank (BNDES, 1992-), Rio de Janeiro, where he is an exports financing analyst of accredited machines, equipment, components and systems (2012-). Previously, he was an operations manager (2002-12), in charge of the funding of more than 50 technology companies, two now listed in the Bovespa Stock Market. He was the BNDES representative in the National Information Technology Advisory Committee of the Ministry of Science, Technology and Innovation (CATI/MCTI) and deputy board member of the Society for the Promotion of Brazilian Software Excellence (2003-12). In 2007, his biography was included in the publication Marquis Who is Who in the World due to contributions to the Brazilian software industry. Carlos Henrique also has an academic career. He worked as a lecturer in Brazilian Universities (1999-2009) and was a research fellow of the Brazilian NSF (CNPq 2C 2001-3). He has written, reviewed and edited many papers for scientific journals and conferences. Carlos holds PhD (Imperial College, London, 1999), MSc (PUC-Rio, 1994) and BMath (UFJF, 1992) degrees in computing. He is also a senior member of the IEEE and Distinguished Visitor of the IEEE Computer Society.