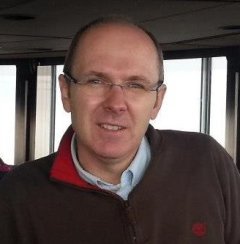 Bio: Alexander Chatzigeorgiou, Ph.D., is a Professor of Software Engineering and Object-Oriented Design in the Department of Applied Informatics at the University of Macedonia, Thessaloniki, Greece. From December 2017 he serves as Dean of the Faculty of Information Sciences. He received the Diploma in Electrical Engineering and the Ph.D. degree in Computer Science from the Aristotle University of Thessaloniki, Greece, in 1996 and 2000, respectively. From 1997 to 1999 he was with Intracom S.A., Greece, as a telecommunications software designer. From 2007 to 2017 he was also a member of the teaching staff at the Hellenic Open University. His research interests include technical debt, software maintenance, software evolution analysis and empirical studies in software engineering. He is an associate editor of the Journal of Systems and Software.