In this hands-on tutorial, Michele Lanza, a Professor of Software Engineering at the Università della Svizzera italiana (USI) in Lugano, Switzerland and a frequent invited speaker, will explore numerous best practices in preparing and delivering presentations. Themes include: How to structure your presentation. Effective design of presentation material. How to engage your audience. Body language. The importance of rehearsals. Participants might be invited to prepare short research presentations to be studied and critiqued during the tutorial. 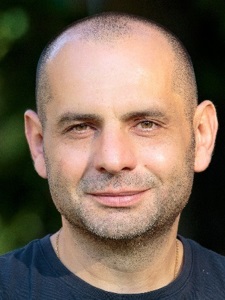 Michele Lanza is professor at the faculty of informatics of USI, Università della Svizzera italiana, in Lugano, Switzerland. He co-founded said faculty in 2004, and is leading since then the REVEAL research group http://reveal.si.usi.ch, working in the areas of software engineering, evolution, visualization, and analytics. Since 2016 REVEAL has two heads, the other one being Prof. Gabriele Bavota. In 2017 Michele founded the Software Institute (SI, https://si.usi.ch), which he directs against all odds, together with a wild and keen bunch of software fetishists. Since 2016 he’s also pro-rector of USI. In essence, he doesn’t own a single hat, but he likes to wear many of them. Makes him look fancy.

His doctoral dissertation, completed in 2003 at the University of Bern under the guidance of Prof. Oscar Nierstrasz and Dr. Stéphane Ducasse (yep, Michele used to be lucky), received the Ernst Denert award for best thesis in software engineering of 2003. He also received the Credit Suisse Award for best teaching in 2007 and 2009. He co-authored roughly 200 peer-reviewed publications, and the book “Object-Oriented Metrics in Practice”. In short, a medium-rare h-index and some citation potatoes as side dish. Rumour has it that he’s pretty darn good at giving presentations, but who knows?